The sound of industry is eerily silent in our part of the world. The big boats and cranes that define the Port of Oakland are listless. And others up and down the West Coast are largely inactive due to a spate of work stoppages and contract negotiations. Container ships are stacking up in the harbor with no place to unload or fill up. It reminds me of the surreal spectacle of hundreds of enormous ships dead in the water off the coast of Singapore during the 2009 financial crisis. It's not that bad, but this time it has hit home in a more personal and spatial way.

We have been trying to ship a completed sculpture to Singapore for over six weeks now. The correspondence with our shipping agent is nearly comical:

"Not sure what is going to happen.  ILWU/PMA announced a tentative agreement on Friday.  On that basis – the ILWU was hired for work on the weekend.  PMA had shut them out weekends and nights for the past two weeks.

On Sunday – the ILWU all took a break at the same time – prompting the terminals to fire all Union Labor.

The Union still has to vote on the contract.  If they accept – we should start seeing some improvement.  Not sure how quickly – but will keep you advised.  I suspect March 2 may be ambitious.  I’m beginning to think at least another week and maybe two."

We have no real sense of when the crates might leave. They're too big for planes and they could ship very soon. Or not. And so, we have six very large crates underfoot while we're in the thick of building another project. Each morning, we perform an absurd ballet: we forklift crates into parking spaces outside or stack them here and then there and then move them back to their original location. It's maddening. It derails our work and upsets our client's plans. Grrrrr. And all the while, the unions bluster and management pretends at impassivity. 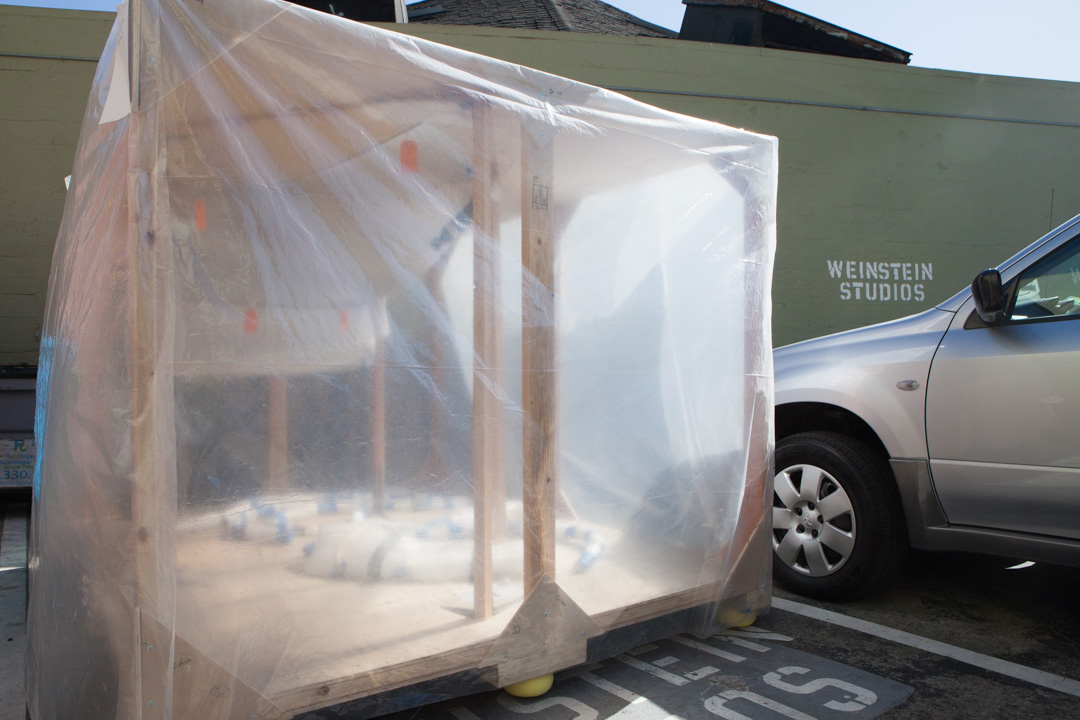 Stop parking your crate in my spot! 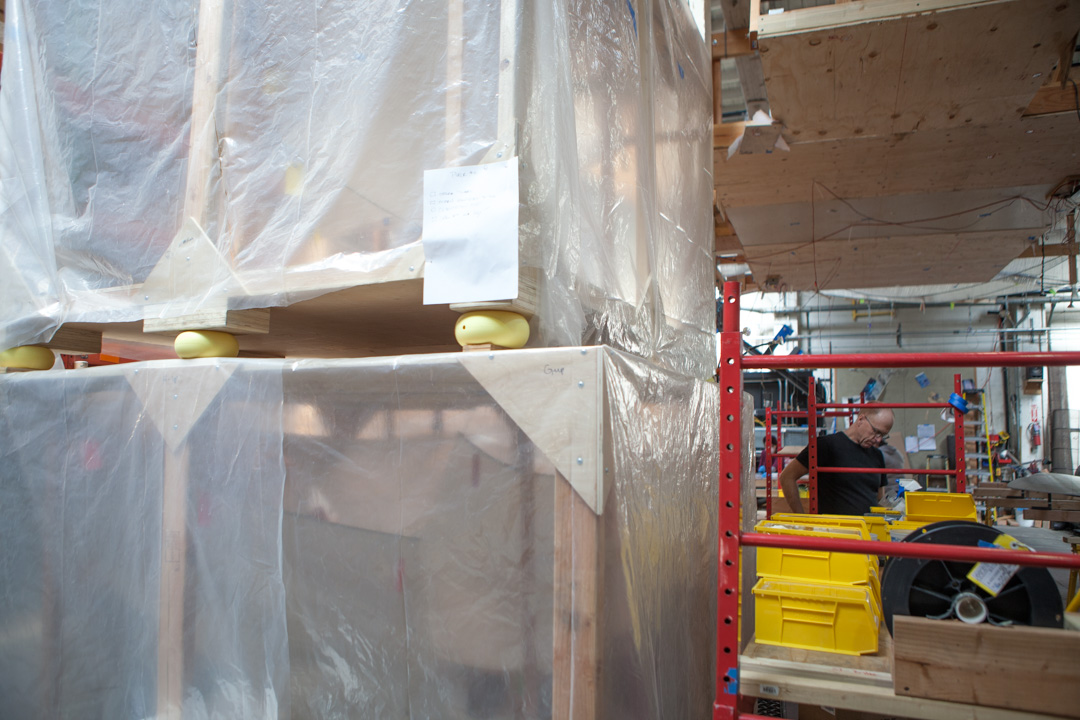 Oh, don't mind those two large boxes there. Or the two behind you. Or the one in the back. Oh, yeah. There's one outside as well.

Sooner or later, we'll still saddle-up and head across the waters to install this sculpture. We've become awfully fond of the piece and each day makes us a little more expectant. Let's just hope this all breaks soon. Until then, here are some early model photos of what lies ahead: 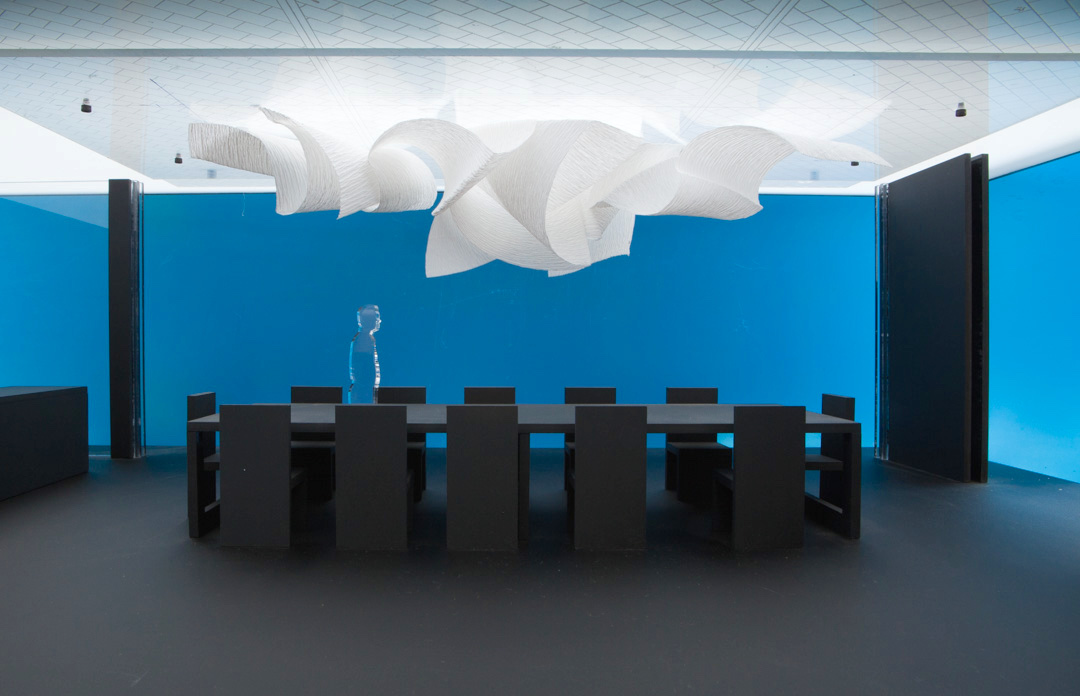 View upon entering the room. 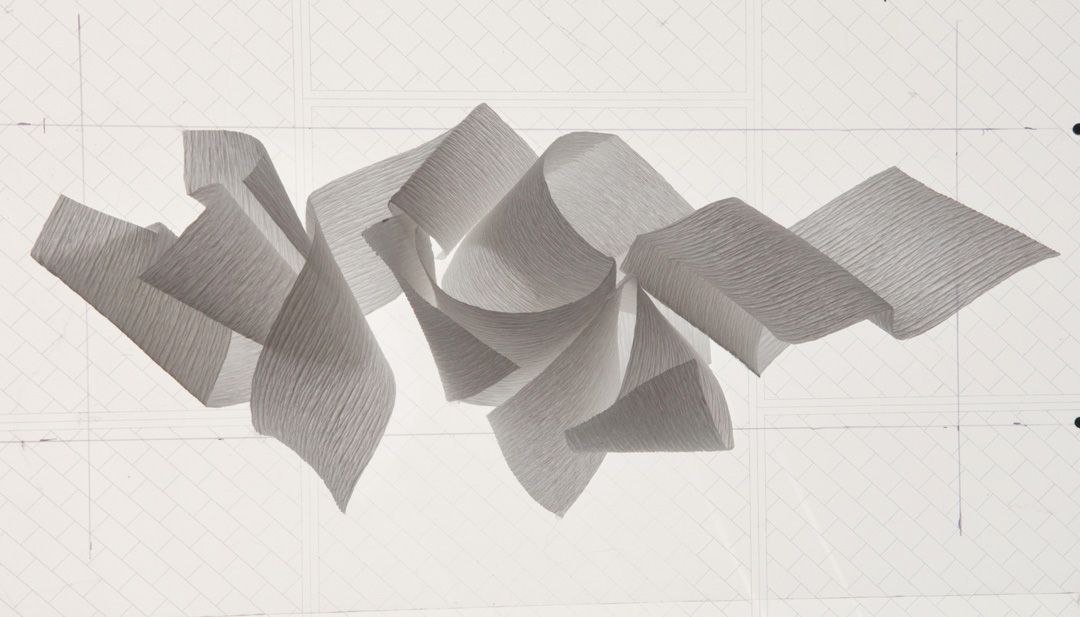 Staring at the ceiling. 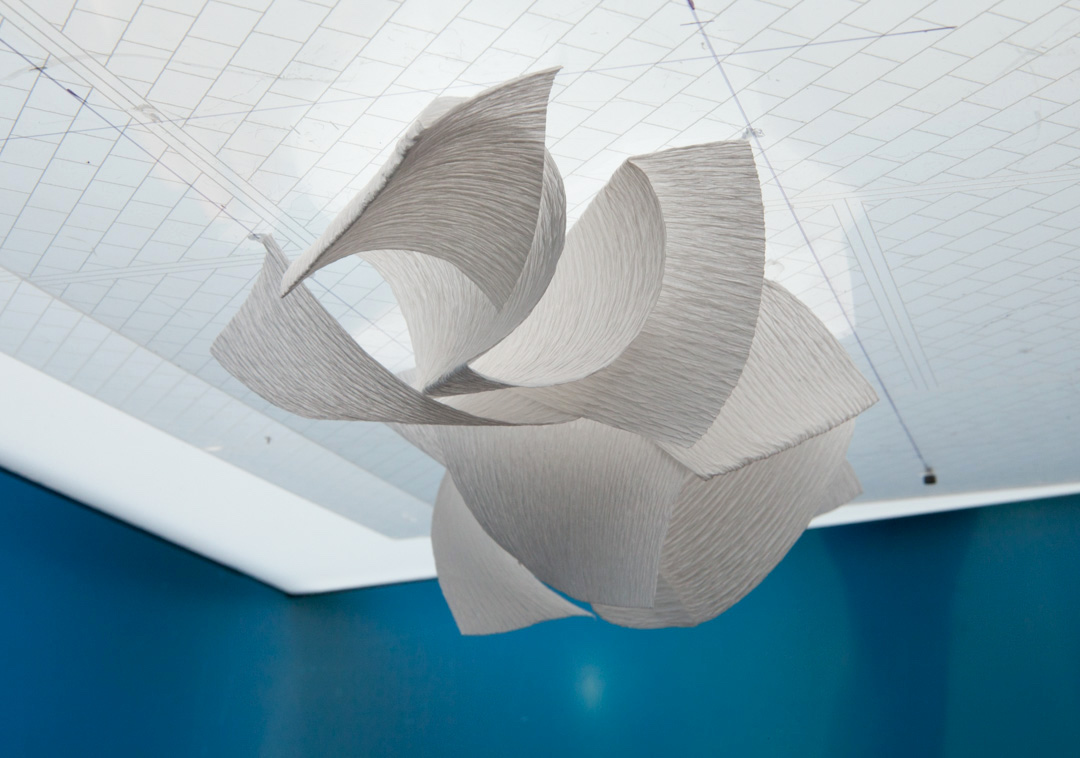