Hi, this is Emily. Since we haven't posted in a while and I actually have some pretty cool things to share, I'm commandeering the blog today. Who am I and what do I do here? I spend my days managing how we engage with the outside world – talking to new clients, staying in touch with architects and designers, and organizing investigatory trips to distant lands. Generally, letting the world beyond our doors know that we exist. So, I’m excited to tell you about two recent events that put us in the public spotlight.

This month, we’re featured in the Art and Design issue of 7x7, a San Francisco-centric magazine. [Article PDF] [Article Link] The photo editor, Jodi Nakatsuka, has been an enthusiastic supporter of Nik's work and has been putting us under the noses of her editors, looking for the right time to showcase the work. The current feature article is great with lots of photos and some good background information. I’m not sure how I feel about the quotes. They kind of make Nik sound a bit full of himself. I mean, he has enough of an ego to keep this endeavor going, but he by no means thinks he’s an Art God. But who am I to critique positive publicity. We’re grateful to 7x7 and thrilled to have the work seen by people out in the public sphere. 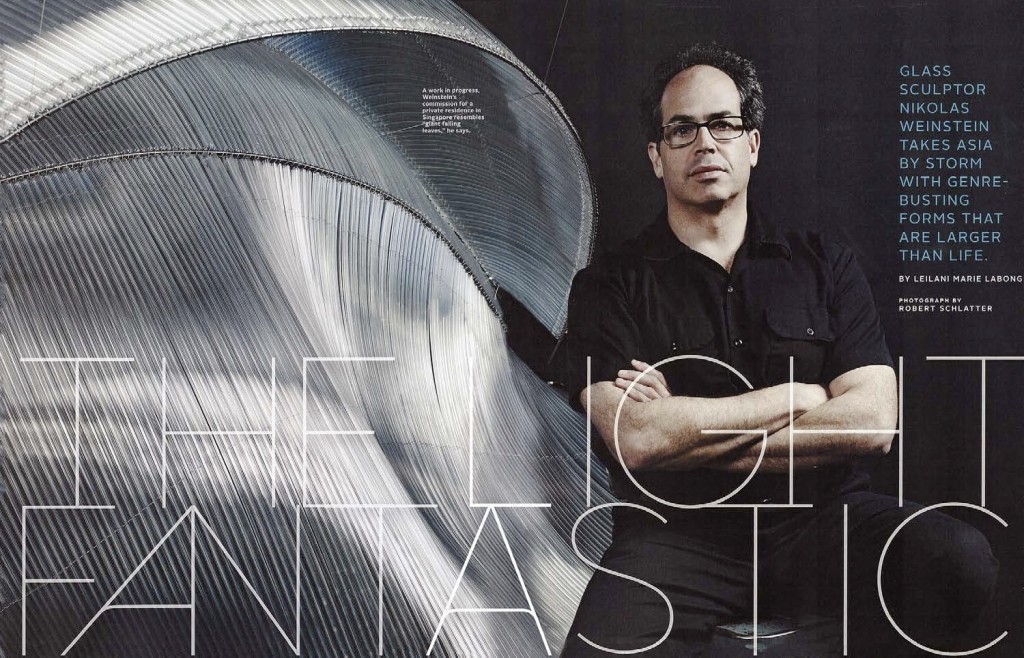 On a broader public note, we took home some gold in New York last week! I’ve always got my eye out for competitions we can enter, but until recently I couldn’t find one we were suited for. I mean, what do we really do anyway? Sometimes Nik says he’s a designer. Other times he refers to himself as a sculptor or an engineer. Long story short, we’re in a pretty niche market. Architectural competitions say we don’t meet the criteria and interiors competitions don’t have a category that suits us. So I was thrilled to hear about the “Judges’ So Cool” category of the 33rd Annual Gold Key Awards sponsored by Boutique Design and Hotels magazines. The competition was part of a large hospitality design and trade event at the Jacob Javits Convention Center. I entered a recent project we did in Hong Kong thinking whether we won or not it would be great to have our work seen by the esteemed panel of judges. 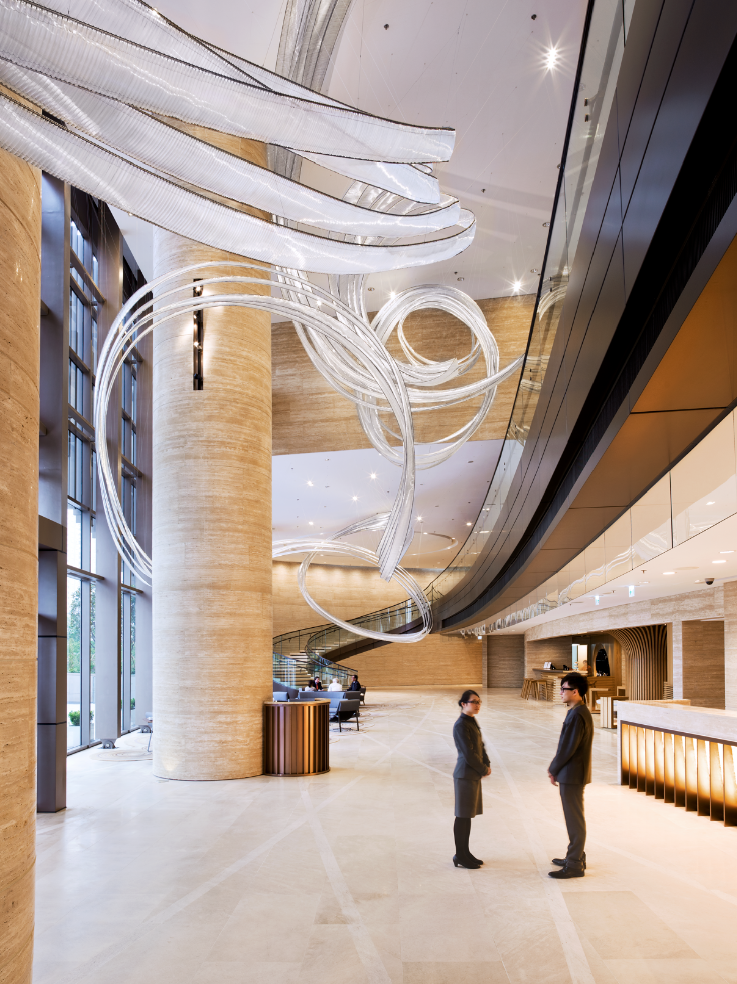 When I learned we were finalists, I told Nik that the winners would be announced at a gala award event in New York. I had somewhat predicted Nik’s response, so when his eyes were on the ascending arc of the anticipated eye roll, I jumped right in with, “I know, not really your kind of thing so why don’t I go.” So I was off to a gala event and a few vacation days in New York. Nice perk. And if I could bring home an award, all the better. It was the last award of the evening and when they put images of our project up on the screen, the whole room oohed and ahhh-ed. I blushed under the dimmed lights and wished the rest of the team were there to hear it too.

As the winners were announced each recipient went on stage to accept their award and take a photo, but there were no acceptance speeches.

So, as long as I have the floor now, here’s what I would have said…

"The Artworks at Nikolas Weinstein Studios are 100% Nikolas but the figuring out, the making, the business, and all the rest is the group effort of Nikolas and a bunch of really committed, talented, unique, and hard-working people.  And even though he’s not here tonight, I’d like to thank Nikolas for always using the pronoun “we” when talking about his work and the studio."

And also as long as I have the floor, I'll let you know that we just got a small project in Russia (a new country for us), and will be installing artworks in Jakarta and Shenzhen soon. And this summer, we'll install a very large piece in Singapore. So my plan for World Domination by Art is shaping up quite nicely.