At long last, our intrepid installers are afoot! Numbering nine in all, they winged their way across the ocean to Delhi to begin work on our new installation. Out from under the watchful gaze of their oppressive commander, the team quickly took to song and drink. High above the Atlantic, Dave celebrated his birthday while his compatriots composed musical fables on their ukuleles – a shop tradition started long ago in Singapore on the Cosmopolitan project by our troubadours (check out the last link for a live performance of the hit single “Tritan” by Ari Metz played during a club engagement last year).

We’ll be checking in with them over the coming weeks to see how things are going. Suffice it to say that the San Francisco climes have been a terrible preparation for the weather of India. When they landed, it was 106 degrees. And that’s on the ground. Up in the boom lifts on site at forty feet , the air will closely approximate level nine of Dante’s Inferno. At this point, it is only fair to make full disclosure: this commander will eventually suffer these trials too. I am slated to head east before the new moon. 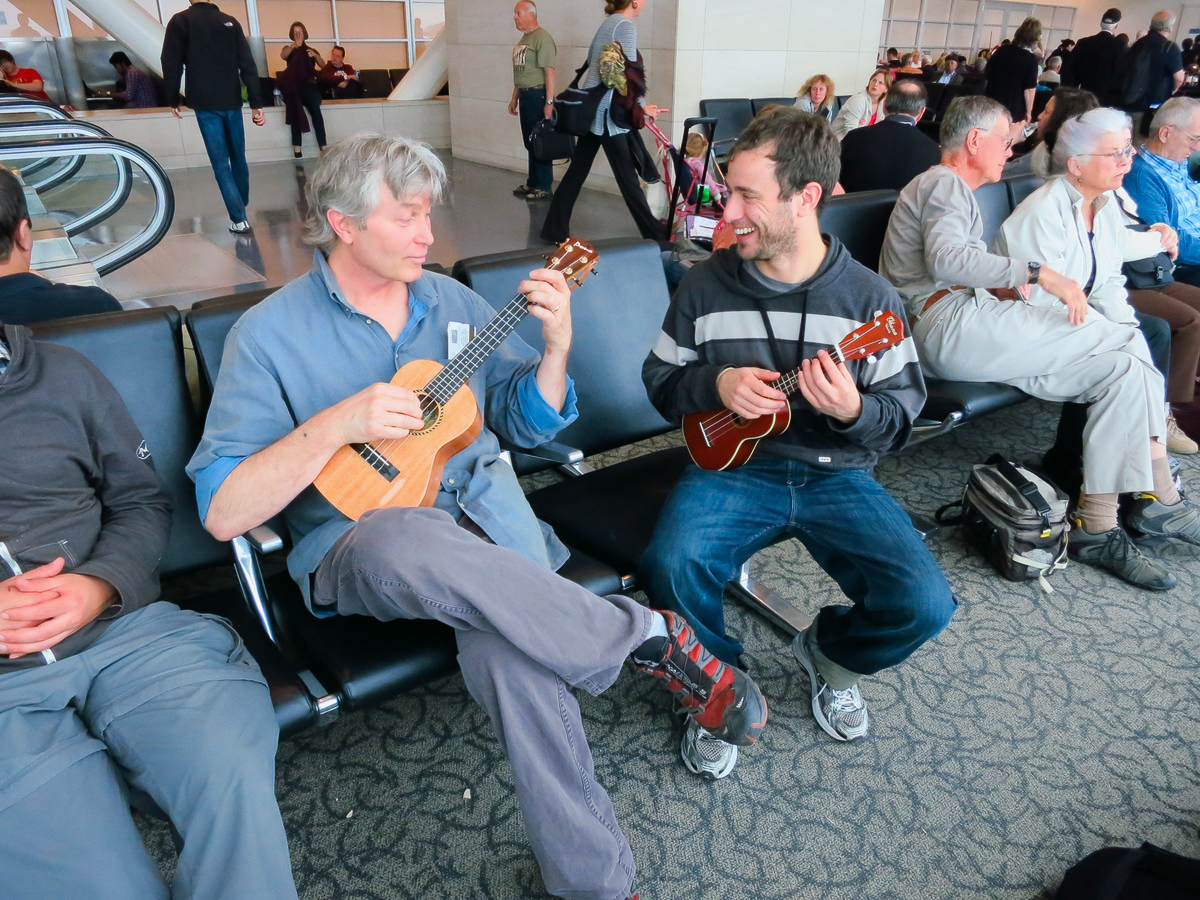 Dave & Ari tune up their ukeleles for the flight. God save their fellow passengers. 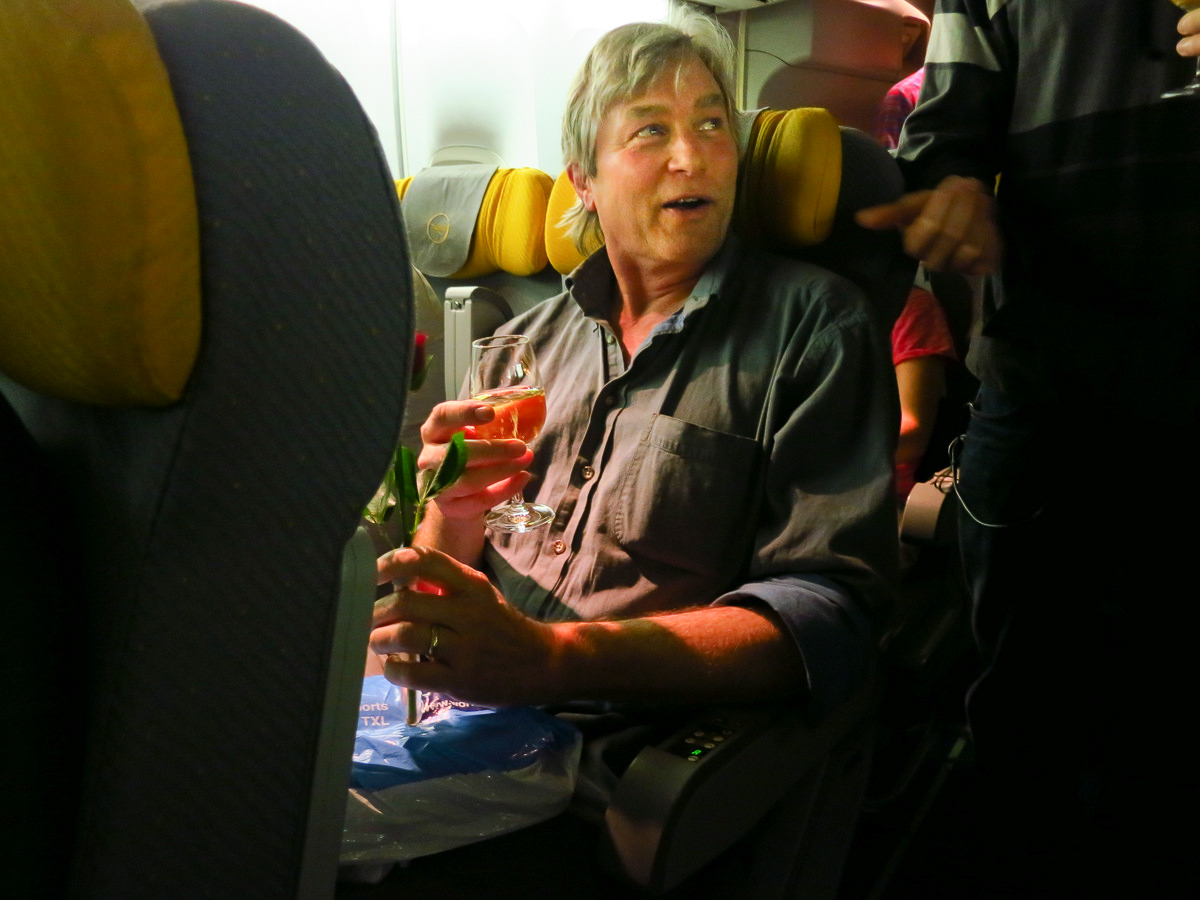 It was Dave's birthday on the flight over and Lufthansa was kind enough to bring celebratory libations! 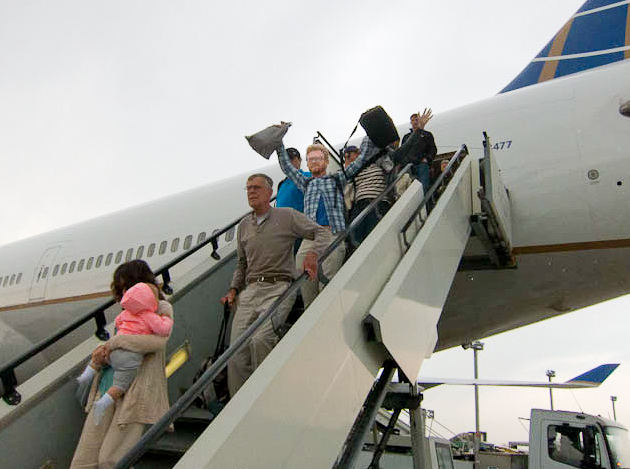 Touchdown. Almost all members accounted for. 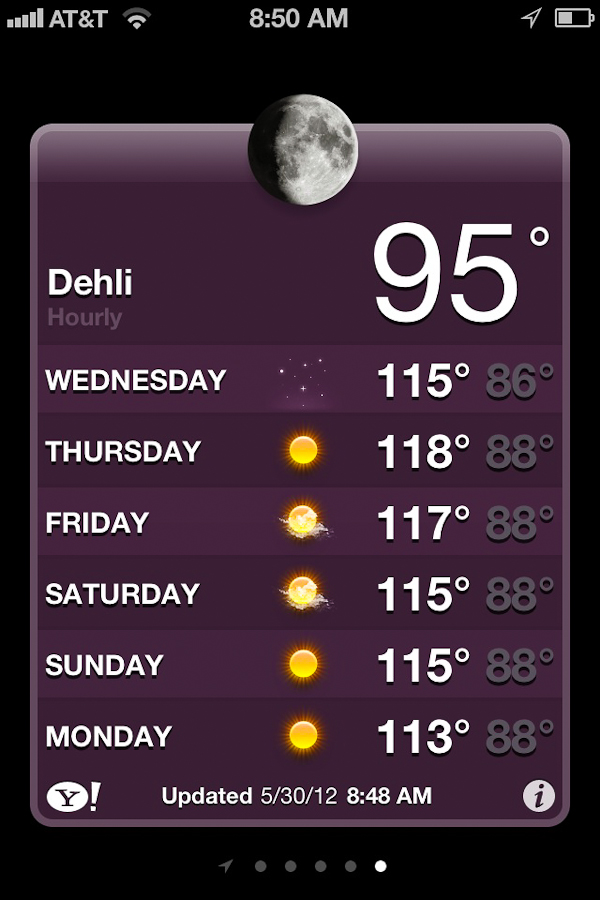 No. Oh, please tell me that these numbers are wrong.

And, as promised, here is that link to Ari’s nightclub act. The song, “Tritan,” was named after the logo emblazoned across the side of the shipping container used for the trans-Pacific journey to Singapore. The numbers in the lyrics refer to the unique digits of the security tags used to prove that there had been no tampering with the contents of the container during shipment. I would offer to the listener that Ari’s scatting during the bridge of the song alludes to the harrowing journey and the potential perils on the high seas. It was a long job and, as the song attests, our team fell in love. It is only too tragic that oceans now separate us.