As we prepare to ship off to India for an installation in New Delhi, the shop is in full swing. We'll be sending ten of our trusty experts to work onsite for nearly a month sculpting the artwork in situ. As always, there is a lot to think about logistically from bringing several hundred small tools to gathering cables, crimps, computers, pulleys, and harnesses. Who would have ever that we would need to think twice about hairstyle.

Our project lead on this installation is Captain Arlen Abraham of the red mohawk: 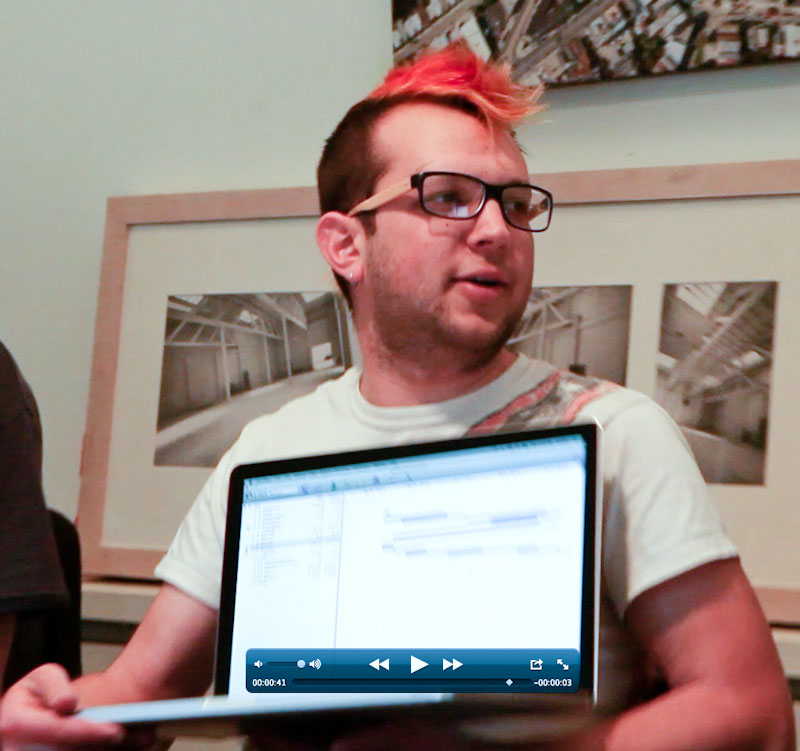 Despite his conspicuous coiffure, Arlen tries to marshall attention during a meeting.

As you may recall, Arlen studied food science at Davis and opted to join our ranks rather than work in the laboratory at Sierra Nevada Brewery. He's a delightfully odd bird and knows something about nearly everything. It is with a sense of gratitude and dread that one poses questions to Arlen. Invariably, you get a full-blown treatise on threading standards or chemicals used to preserve the chutney you are about to eat.

While somewhat au courant here in San Francisco's Mission district, it occurred to us that perhaps Arlen's coiffure might be considered differently on the other side of the world. And so with some hesitation Mike Hall, our shop manager, penned an email to our engineering consultants in London who forwarded the correspondence to their office in Mumbai:

From: michael
Sent: 24 February 2012 03:49
Subject: Indian Culture
Hi Richard,
I am putting together our itinerary for a visit to New Delhi. and have a question regarding Indian culture that I hope you can answer.
As you may infer,  we are a serious group of artists doing work for some very prominent architects and designers.  We would like to present ourselves in the most professional manner so we and our art are taken seriously.  Which brings me to my question: the project leader for this particular project has his hair dyed pink and cut in a mohawk.  Here in the States, as well as in London I am sure, it is almost considered de rigueur to have this appearance as an artist. However, we are not so sure about New Delhi / India.
Basically my question is -  should i ask him to dye his hair a normal color for the meetings and install?
Thank you for your time,
michael

Apparently, Michael's email caused some measure of delight and chortling in the Mumbai engineering office:

From: Richard
Date: February 23, 2012 7:49:24 PM PST
To: michael hall
Subject: RE: Indian Culture
Michael – I must say that this is one of the most interesting questions we have faced. I guess a lot depends on who your client is and what circles they move in. If they are really ‘out there’ it might be accepted…
It must be said, however, that the majority of people here present themselves very conservatively, even those in ‘arty’ circles, particularly during the working day. Smart clothing and accessories are used to make the impression rather than anything too avant-garde.
I have asked a couple of local colleagues for their view and their reaction was that such appearance would be “shocking” – and not in keeping for a professional.
Sorry, but he might well need to tone things down – even in colourful India!
Best regards, Richard.

Mike and I gingerly presented the case for dear Arlen to decide. He considered the absurd correspondence and reckoned that it was best to die his hair back to black and comb down his plume. And off he went to India with Mike for a pre-installation site visit.

As fate would have it, they arrived in India during the springtime holiday of Holi during which copious amounts of vibrantly colored powder are thrown about with abandon as part of the celebration. These festivities were not restricted to social parties. It did not matter where you ventured - work, home, street - you were bound to get plastered with powder. Suffice it to say, we followed our instructions and toned things down and Arlen's pink mohawk was gone. Instead, he ended up a peacock. 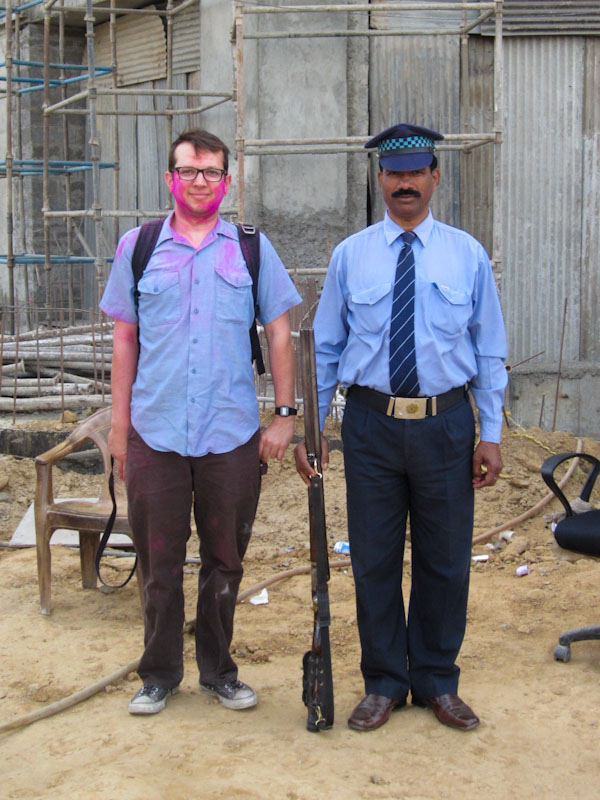 Arlen poses with the security guard at the construction site. 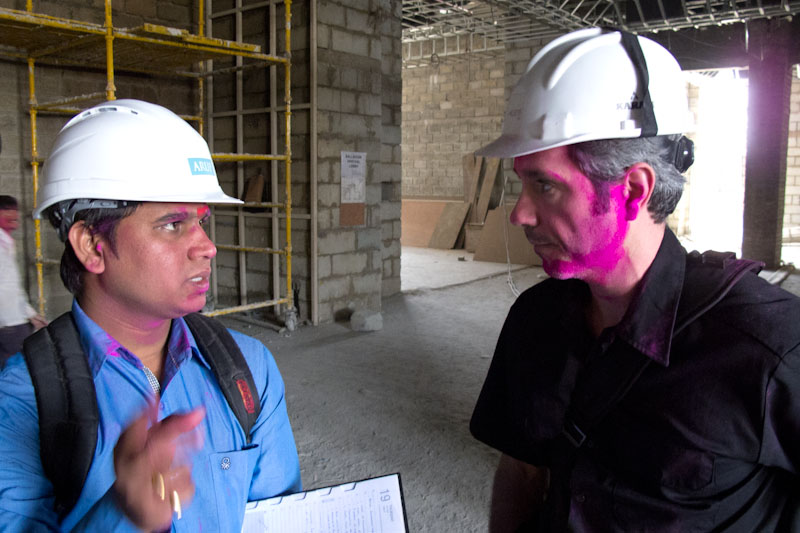 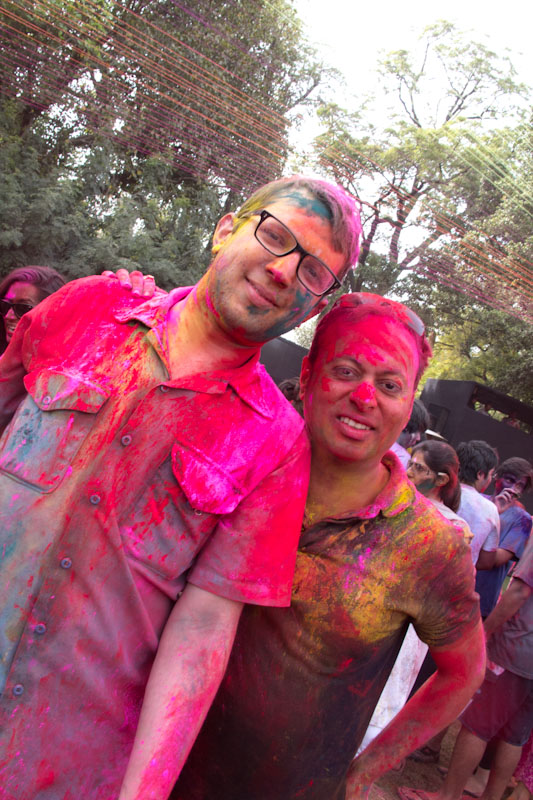 Sandeep, our client, poses with Arlen at a friend's Holi bash.