I am grateful for the mild climes of San Francisco and, with each trip to the Far East, I am reminded that we really have to find work in some other part of the world. The heat and humidity in Singapore and Malaysia is eternal and makes one long for summers in New York, a nearly delusional wish. Unless of course, you have your own sugar cane press.

In Singapore, it's all about the hawker centers - which predate the food truck vogue that has swept the States in recent years - and they are spectacular. Blow your mind spectacular. There is every flavor of cuisine on the planet and many use fiery peppers liberally. Sweating and drenched from head to toe as much from the equatorial locale as from the zing and pop of the food, a cool glass of freshly pressed cane juice is inspired. It is something for which you feel compelled to bow your head and bless your good fortune and whoever happens to be running that angry little press. We spent a lot of time in the hawker centers and here's a sampling from just one trip when we were installing the Cosmopolitan Stalks. Dave and Ari were fast and furious eating buddies and Arlen was the shutterbug:

The sugar cane presses look like pasta machines or printing presses with two knurled rollers that grab the fibrous cane and crush it to expel the sweet nectar trapped within these woody batons. Just watching the machines chew through stick after stick without pause can easily conjure nightmarish imaginings of torture. They are geared incredibly low which means that they will stop at nothing:

So, I have of course been wishing for one to arrive underneath my menorah each year. And considering that I already have too many culinary machines, I considered getting one to add to the shop's arsenal. I figured the guys working by the furnace would appreciate a cool glass of cane juice. Or I supposed that I could just buy one and put it in storage in great expectation of some future home with a giant kitchen packed with mechanical food toys. And then we did that piece for Bar Agricole and everything started to fall into place. 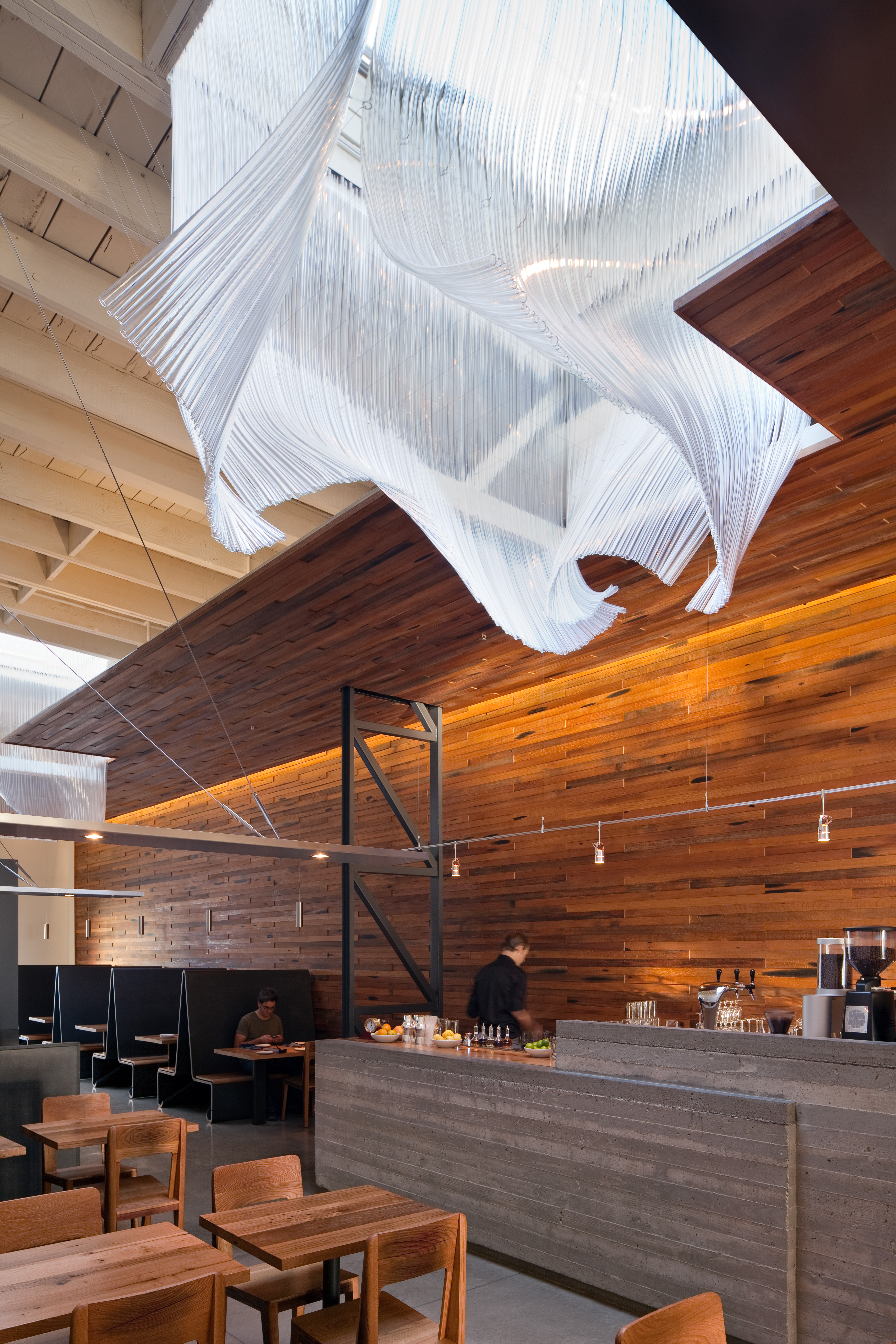 One of three pieces in a triptych installation in San Francisco.

Thaddeus Vogler - awesome name - owns the restaurant and helped to found and fuel that schwanky cocktail craze that has blazed for the past several years. And when he conceived of this restaurant, he wanted to go "agricole" all the way. Agricole refers to an artisinal old-school style of making rum by using the whole sugar cane rather than just the refined molasses byproduct. If you're not sure if you've tried agricole rum, you probably have not. This process has a much broader taste range, but the ingredients are more perishable and difficult to work with. Thad carried this craft aesthetic throughout the restaurant, from the food to the hand-made chairs to the glass sculptures to the concrete works and, of course, to his booze. 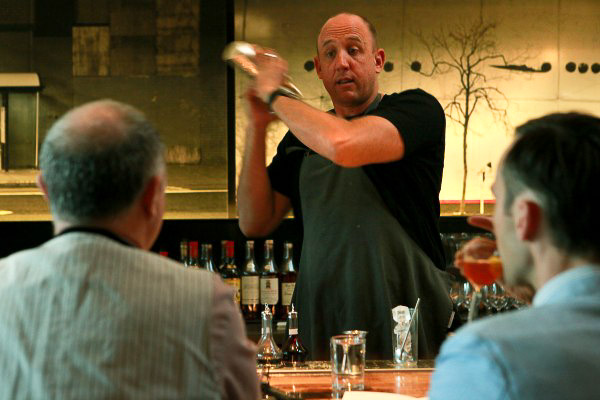 And so I thought, "how could this guy not have a sugar cane press?" I mean his celebrity liquor would not exist without it, and the juice would be a naturally sweet and excellent mixer for cocktails, and he could press raw cane onsite in front of people. And, of course and perhaps most importantly, I could satisfy my urge to buy one of these puppies and have it nearby to play with!

During our recent installations in Kuala Lumpur, Arlen identified the go-to factory for cane presses. After three attempts to make it out to the middle-of-nowhere site, our trusty driver and "fixer," Richard, helped us find our way to a small residential neighborhood where the factory was nestled up against the train tracks. Beneath a minimal corrugated roof and delineated by a meager chicken-wire fence, the factory was a maze of old lathes and mills with about six guys working. Ari, Richard, and I poked about and considered the various examples and options that could be configured until the boss eventually appeared. With a cigarette dangling from his mouth, he had just finished his morning jog which had been prescribed after his bypass a couple of years ago.

After haggling a bit, we chose a right nice shiny little all stainless machine with those excellent daisy-like knobs atop for adjusting the crush factor of the rollers. They're going to build it for Thad over the next two weeks and then crate her up and send her by ocean to our fair city. From then on in, you can find the little troll gobbling cane down at Thad's place. And even though cocktails are always nice, a simple glass of the juice on ice with a squeeze of lemon is sublime. I am counting the weeks until a team of three from the shop don ski masks and descend through the skylight down at Agricole to rescue what truly belongs here with me.