It often happens that we need to test the strength of a sculpture under the most extreme conditions it will experience. Usually, of course, such conditions simply don't exist in the "normal" world of the studio, so we need to create them artificially. For a sculpture that will be installed here in San Francisco, the extreme conditions occur in an earthquake, when the sculpture experiences lateral (side-to-side) forces upwards of 1g. (1g is the normal gravitational force pulling down on us all the time).

Recently we needed to test the reaction of some glass and its connections to a 3g sideways force, while also maintaining the normal 1g down force. So first we add the 2 forces: this yields a 3.16g force applied at 18.4 degrees below horizontal. That's the load we need to apply to the assembly, but how? Strap it to a jet? Build a room-sized shake table?

Enter the Seismo-Dog (so named for its vague, sketchy resemblance to a canine, head out a car window, ears streaming behind it). 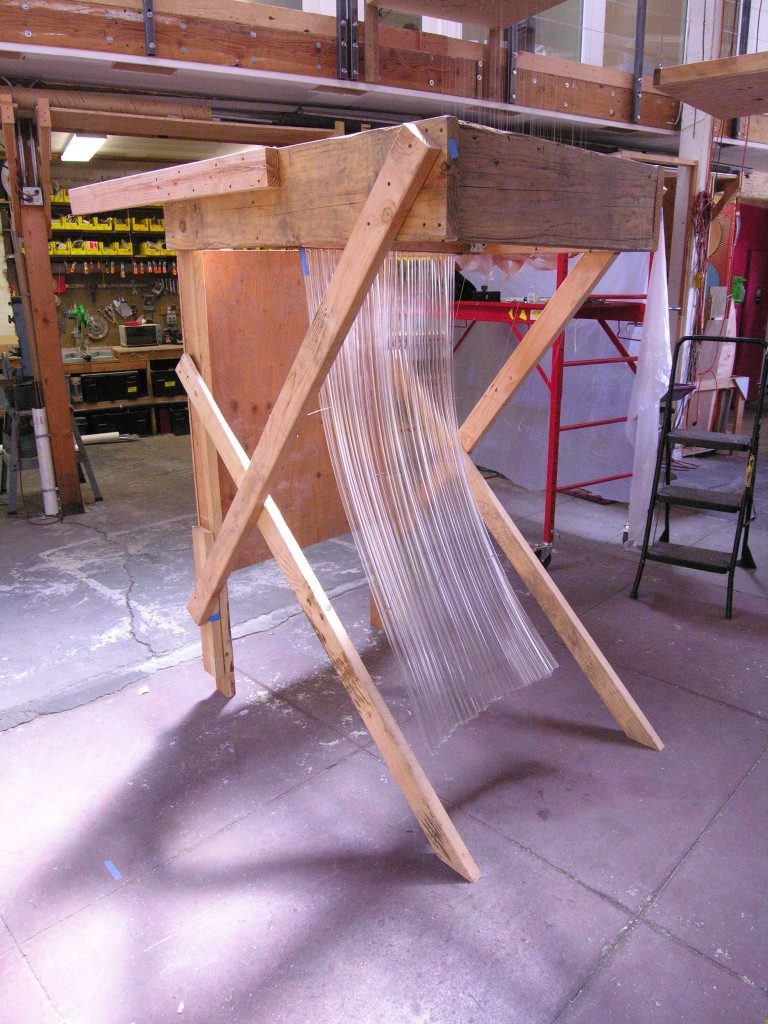 The Dog is simply a rig to hang the glass from, with extensions on the back (the ears) so that when lying on its back it will be at precisely 18.4 degrees. 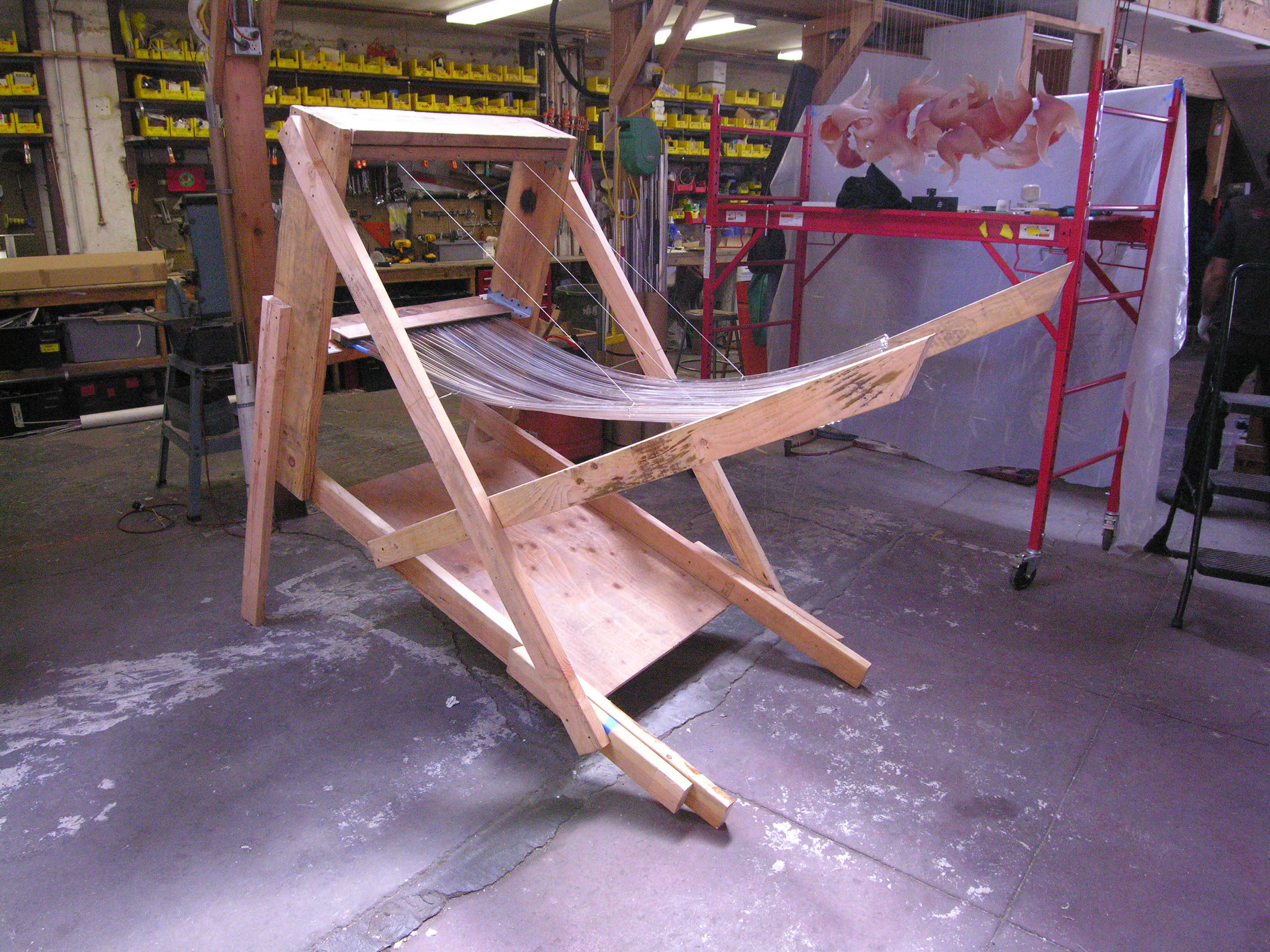 The "Seismo-Dog" shown with testing panel in place at specified angle of repose. 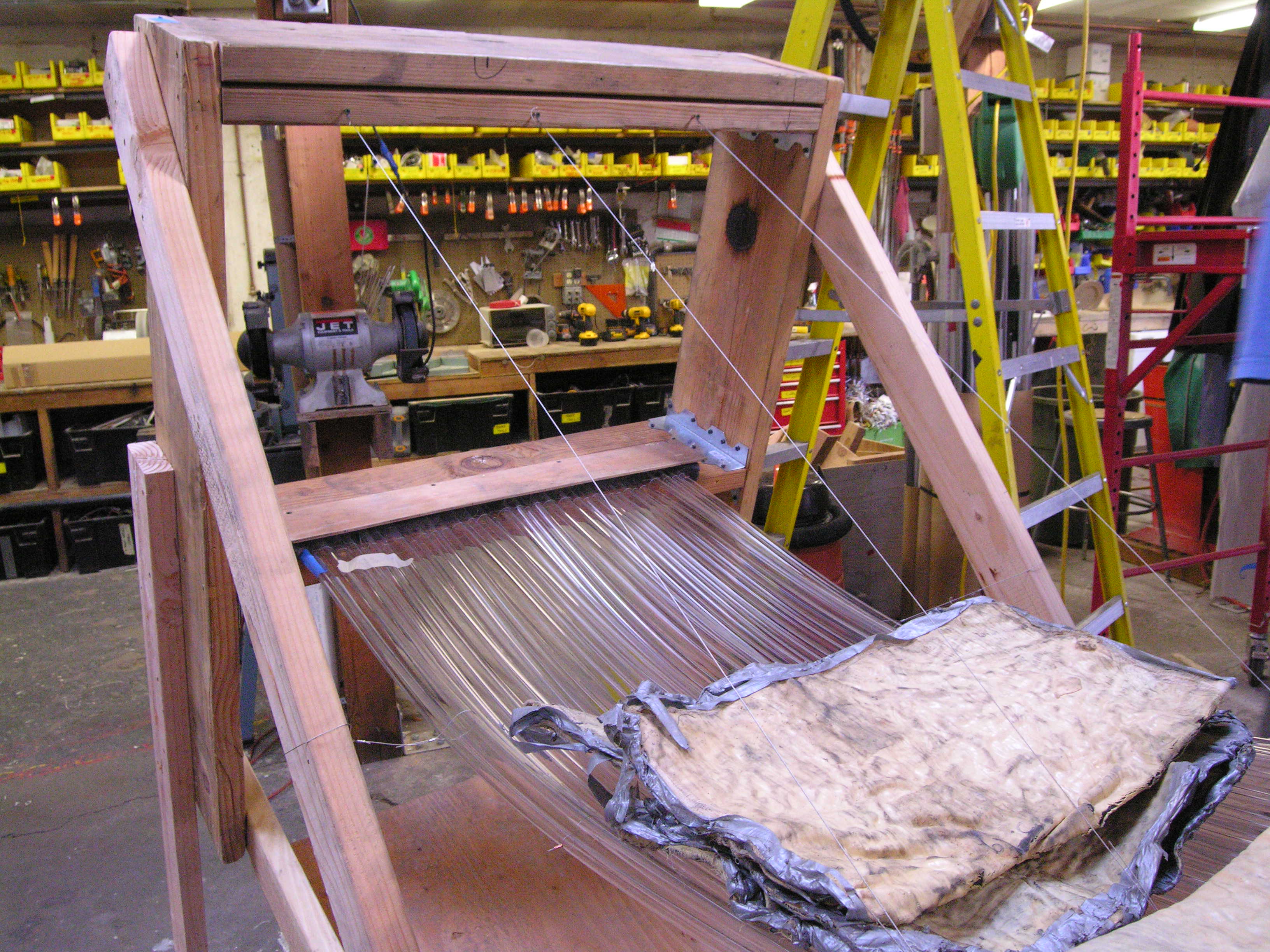 For proof-testing, the panel is loaded with lead sheets encased in latex jackets for safe handling.

For the record, the glass and the connections weathered the storm without complaint.